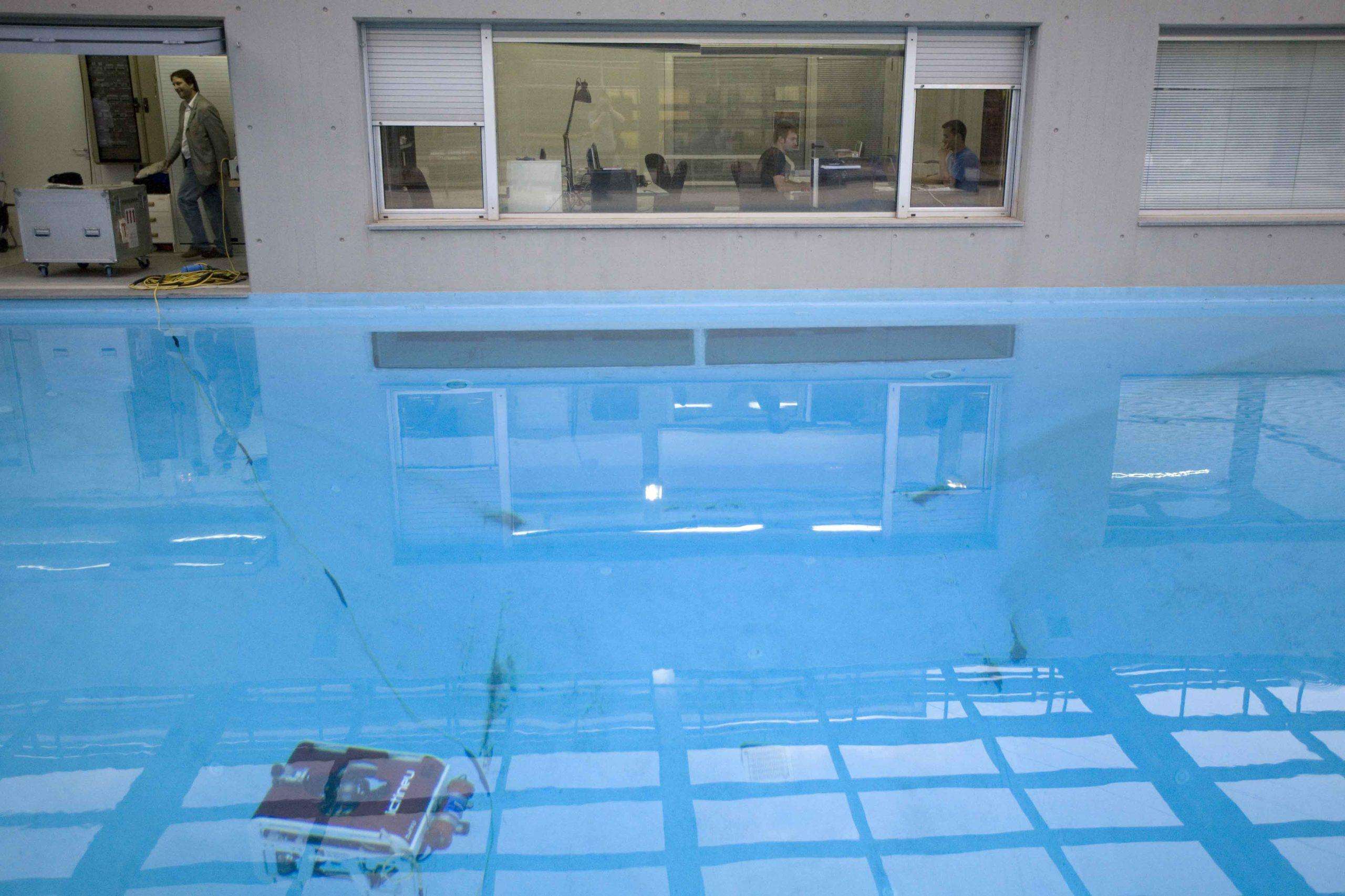 UdG project @Girona, Spain (2006). Inspired by the American competitions, SAUC-E (Student Autonomous Underwater Challenge - Europe) is the first underwater robotics competition for students to be held in Europe. To be eligible, a group of students must design and build a robot capable of carrying out, autonomously, a mission predefined by the organization in the underwater environment.

The objective of this competition is to challenge the next generation of engineers to design and build an Autonomous Underwater Vehicle (AUV), and then to perform realistic missions in the underwater environment. The event is designed to encourage young engineers and scientists to think about underwater technology and its future possibilities, as well as to foster interest in innovation and technology, and to encourage careers in this field.

Eight teams are involved in the competition:

The VICOROB-UdG team is a multidisciplinary team of students and professors from the Computer Vision and Robotics Group (ViCOROB) of the Universitat de Girona (UdG). Its main objective is to participate in the SAUC-E 2006 competition by building the ICTINEU AUV robot. This robot leverages hardware and software tools developed over the last years in the group's laboratories (e.g. real-time simulation and control architecture). In August 2006, the VICOROB-UdG team won the SAUC-E 2006 competition held in London (UK).

Within the VICOROB-UdG team, my work consists in developing a program for the real-time tracking of underwater objects. This program, which involves the use of image processing algorithms, aims at ensuring the robot's ability to complete two specific tasks during the mission. The first task consists in navigating towards a mid-water buoy and impacting it, the second consists in navigating towards a cross laying on the pool bottom and throwing a marker towards the center of the cross.

The end of organizing: « A better way to unlock the value in your old notes is to use intelligence to surface the right note, at the right time, and in the right format for you to use it most effectively. » @every @danshipper #notes #organization #AI https://every.to/superorganizers/the-end-of-organizing

Audio astronomy unlocks a universe of sound: « We are basically all blind to the sky; we can see just a tiny fraction of what’s up there. And the rest is just a representation that we give. » @sciam @broderick_timmy #sonification #hearing #universe https://www.scientificamerican.com/article/audio-astronomy-unlocks-a-universe-of-sound/