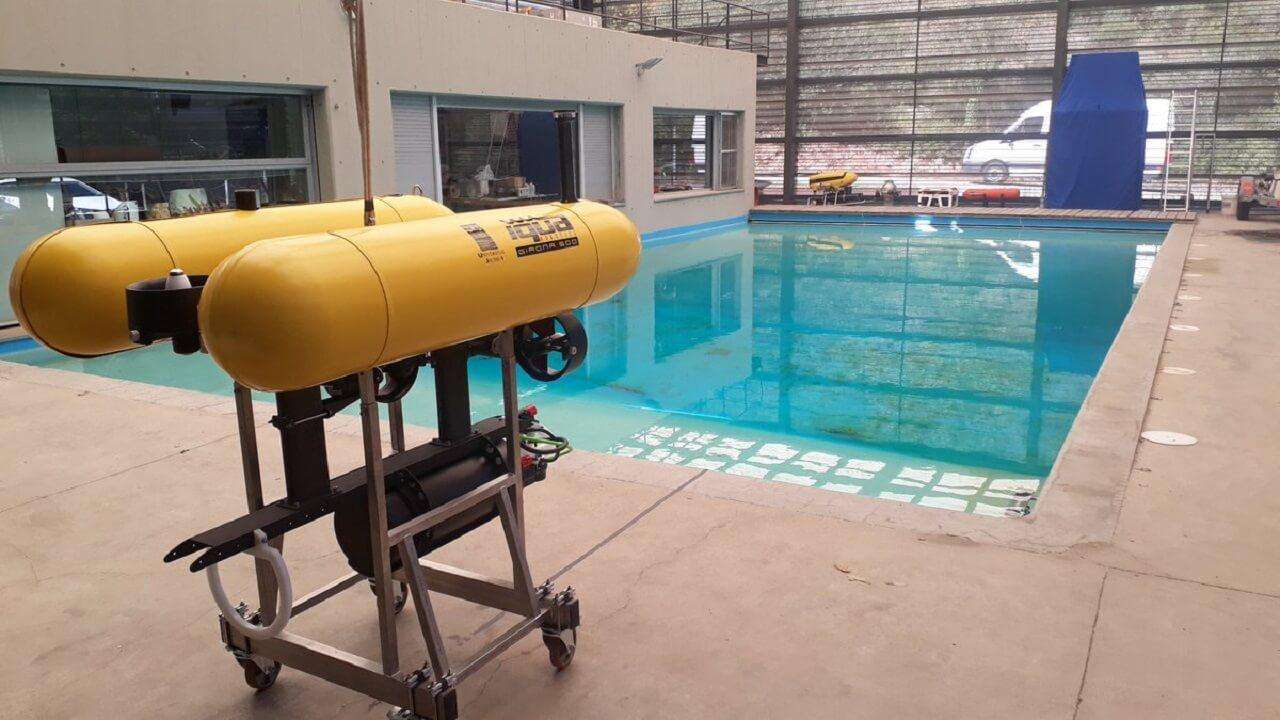 Within 1857-1868, Narcis Monturiol developed the first Spanish submarine. Almost one hundred and fifty years later, a pioneer team of students of the University of Girona (UdG) decided to design and develop an Autonomous Underwater Vehicle (AUV) to face the Student Autonomous Underwater Challenge – Europe (SAUC-E). Our robot, called ICTINEU AUV, is the result of a multidisciplinary project involving undergraduate, graduate and Ph.D. students of industrial engineering and computer science. The prototype has evolved from the initial Computer Aided Design (CAD) model to become an operative Autonomous Underwater Vehicle (AUV) in the short period of seven months. The open frame and modular design principles, together with the compatibility with other robots previously developed at the lab, have been the main design philosophy. Hence, at the robot core, two networked computers give access to a wide set of sensors and actuators. The Gentoo/Linux distribution, with a 2.6 pre-emptive kernel, has been chosen as the onboard operating system. The real-time POSIX, together with the ACE/TAO CORBA-RT ORB, have been extensively used to develop the control architecture as a set of distributed objects with soft real time capabilities. Common software engineering practises have been applied to ensure software reliability including Unified Modelling Language (UML) design, extensive documentation using DoxyGen and the use of a Code Version Server (CVS) to handle the sharing of multiple code versions. Finally, in order to reduce the development time, concurrent engineering techniques based on Hardware In the Loop (HIL) simulation have been applied to overlap the hardware and software design and development.

COVID-19 first target of new AI research consortium: « We have the opportunity through public-private partnership to change the course of a global pandemic. I cannot imagine a more important use of AI. » @UCBerkeley @C3_AI #COVID19 #AI #consortium https://t.co/2EiQnxN6eX

Engineers crack 58-year-old puzzle on way to quantum breakthrough: « That a nuclear spin can be controlled with electric, instead of magnetic fields, has far-reaching consequences. » @physorg_com @UNSW #quantum #electric #resonance https://t.co/YCY3KLQi0h

The secret to giving great feedback: « Humans have been coming up with ways to give constructive criticism for centuries, but somehow we're still pretty terrible at it. » @TEDTalks #feedback #psychology #communication https://t.co/0ZGnn79b0i